The Romanian Academy, the "Petru Poni"Institute of Macromolecular Chemistry in Iasi, the Laboratory for Material Structure Research (LRSM) of the University of Pennsylvania (USA) and the National Scenical Foundation - NSF (USA) organized the tenth edition of the International Symposium "Cristofor I. Simionescu" – Frontiers in Macromolecular and Supramolecular Science.
This symposium was created in 2008 to celebrate the life and achievements of Professor Christofor I. Simionescu, who was the founding father of Macromolecular Science in Romania and the Director of the ’’Petru Poni’’ Institute of Macromolecular Chemistry in Iasi, Romania, for 30 years (1970–2000). Participating plenary speakers have included the leaders of macromolecular science from the USA, Europe, and Asia.
This year the Symposium took place in Bucharest, at the Romanian Academy during 8 and 14 june 2018 and two members of our team participated with one conference – Mirela-Fernanda Zaltariov ’’Versatility of silane/siloxane building blocks in coordination driven self-assembling’’ - and one short communication – Georgiana-Oana Turcan-Trofin ’’New ligands and materials developed on silicone substrates’’ 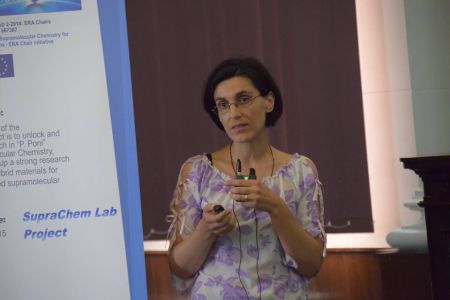 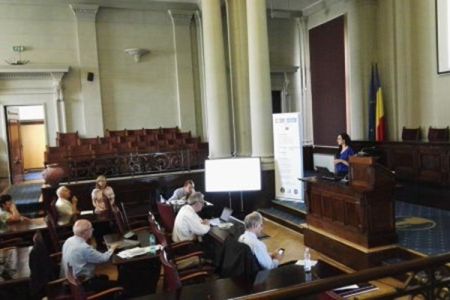